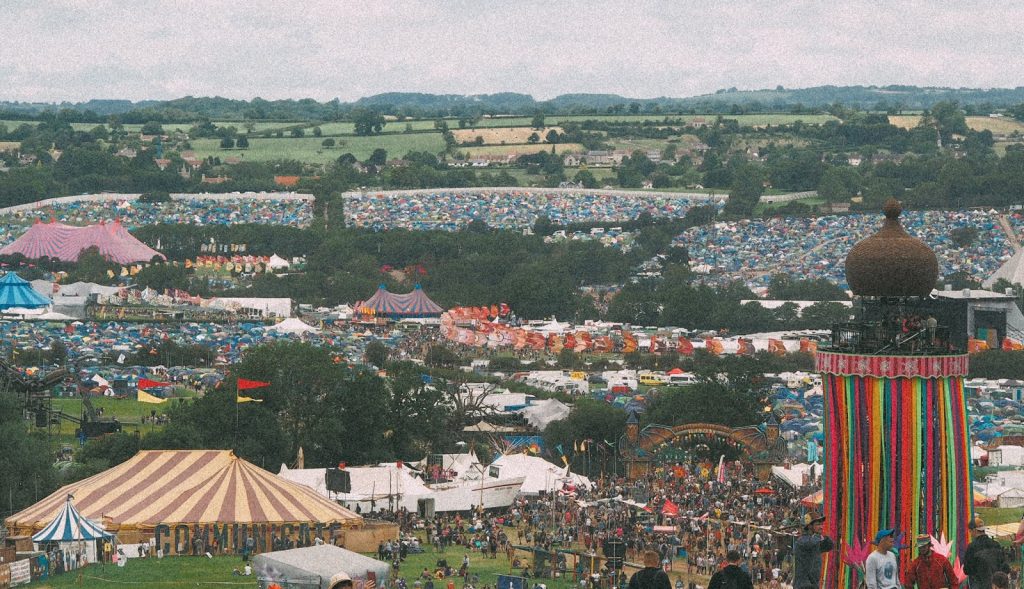 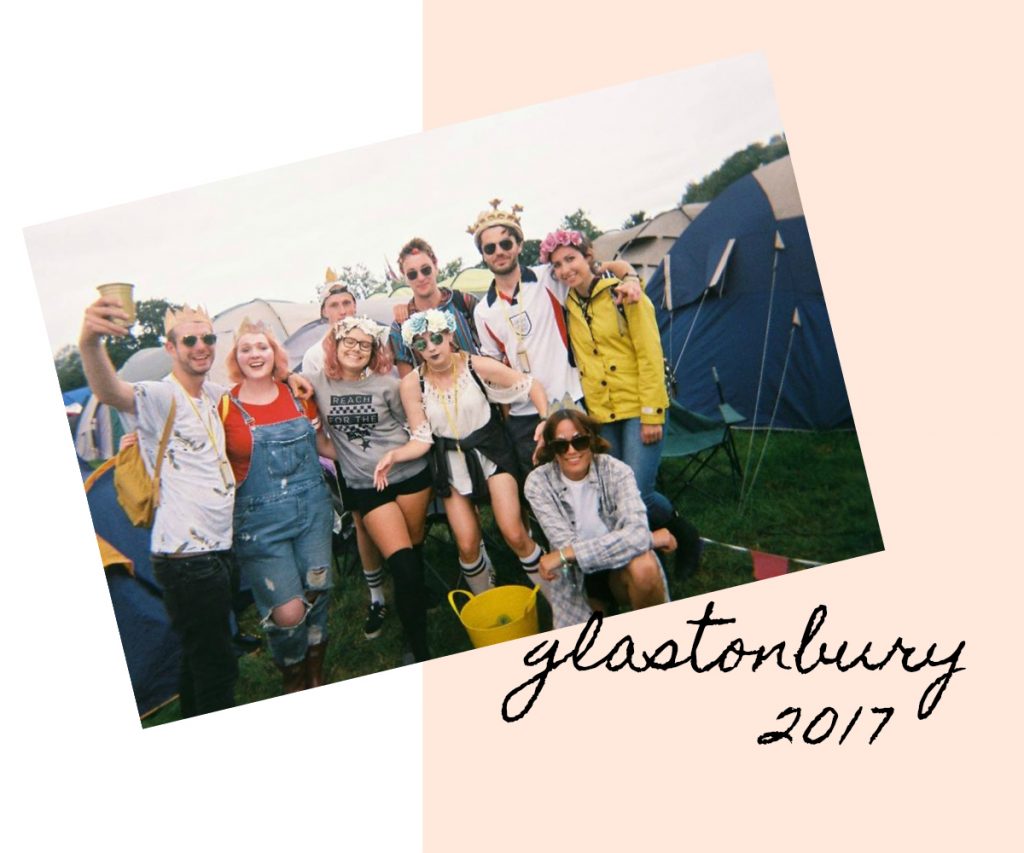 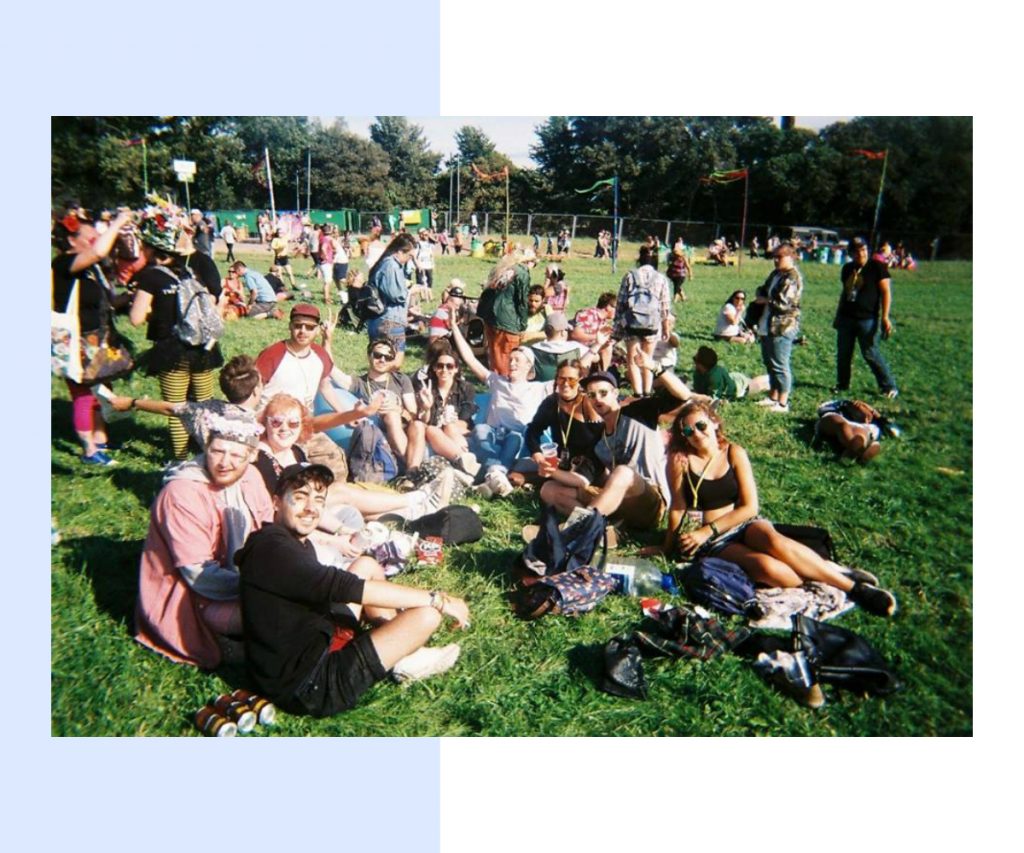 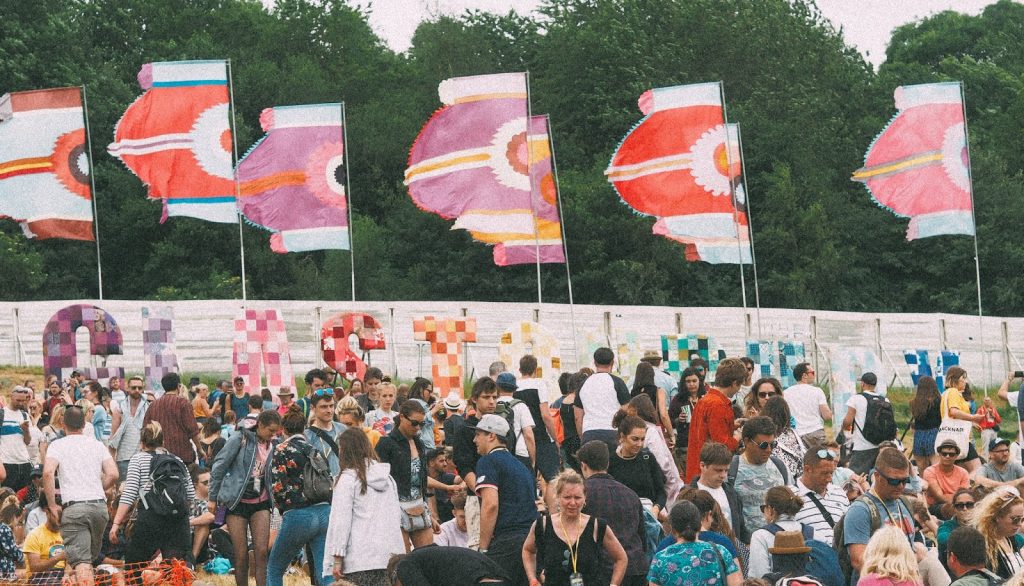 Morning Honey Bees 🐝
Another list style blog post, I am on a roll!
So as many of you know (because I wrote about five thousand blog posts, tweets and instagrams on it) I went to Glastonbury this year. Yes. I broke my G fest V plates! What a time to be alive hey – it really did feel like that as I slid down the grassy banks towards to the Festival entrance that sunny morning late June. I had so much to look forward to in those five days of music and drinking and dancing in fields.
What I did not anticipate in those five days however is how much I would learn about me, my friends, and life in general. HEHE. Sounds like a deep meaningful thing to say, but here are five things I learnt at my time at Glastonbury.
1. ALL DAY DRINKING IS EASIER THAN IT SOUNDS
Yes that’s right. Before going to Glastonbury I was terrified my Liver might depart from my body and make a run for it in the fear of drinking for 5 days on the trot. I mean, I haven’t drank every day since University. And that was a long time ago. So beforehand I definitely envisaged dying of hangovers most mornings and potentially having to take it easy some days. However once you are there the atmosphere of the place completely takes over you. Drinking on a hangover suddenly doesn’t seem that bad and the thousands of people around you having fun will completely lift those hangover blues. Basically what I am saying is your body will definitely surprise you and you will develop an alcoholic stamina you never even knew you had.
2. FRIENDSHIPS GET SO MUCH CLOSER
When you have to camp alongside each other for five days, help each other put up tents, do each others glitter makeup every night and of course do occasional armpit whiff checks for each other. It’s inevitable that friendships will become even closer. Especially when a lot of drinking and dancing is also involved. Aka a lot of drunken declarations of love for each other happened.
3. YOU’LL DISCOVER NEW MUSICAL LOVES
The beauty of music festivals is that they are so diverse in genres and of course everyone has different tastes in music so at one point you’ll probably find yourself in a tent with your mate listening to a band you’ve never heard of BUT next thing you know you’re bobbing along and planning on buying their album on iTunes when you get home. Aka when I took my mates to see London Grammar and they loved it. Or when I cried during the entire set of Barry Gibb because I didn’t realise it was possible to love one man so much.
4. YOU’LL NEVER SEE THE ENTIRETY OF GLASTONBURY DURING YOUR FIRST TIME
Glastonbury is huge. No seriously…it’s absolutely bloody massive. I remember the morning we arrived we walked over the crest of the hill and seeing it all laid out in front of me was mind boggling – it literally went on for miles and miles. Huge big top tents and scattered across dozens of fields. It looked incredible (someone get me a tissue I am welling up just reminiscing now). So due to how big it is you literally don’t have enough time to see it all. What with trying to squeeze in all your favourite bands whilst taking in as many day activities as possible there’s going to be so many areas you miss. For example we missed out on the Unfairground (a warped subversive place filled with art installations), The Rabbit Hole (a hidden underground bar which can only be accessed by solving a riddle plus rumour has it there’s a hot tub somewhere in there) and Temple (a huge Gladiator style arena dance floor).
5. FESTIVAL BLUES ARE A VERY REAL THING
So you have heard of Holiday blues. Well Festival blues are also a thing, honestly. After slumming it in a field for five nights and waking up in the morning gasping like a fish because firstly the hangover thirst for water is real and secondly it’s HOTTER THAN THE SUN because your tent has become a greenhouse. You would surely think therefore that you can’t wait to get home and have a nice hot shower and comfy bed. However instead you will quite possibly find yourself crying into your Macdonald’s on the way home because you just don’t want to leave. Exiting the festival means leaving behind a world where strangers pass each other exchanging smiles and laughs, making new drunk friends is a given and going to bed at sunrise is totally acceptable because you don’t have work the next day. Basically Glastonbury is a little world of happiness in it’s own right where people are there to just have a good time with one another. Leaving that to go into the real world definitely sucks – queue post festival blues. 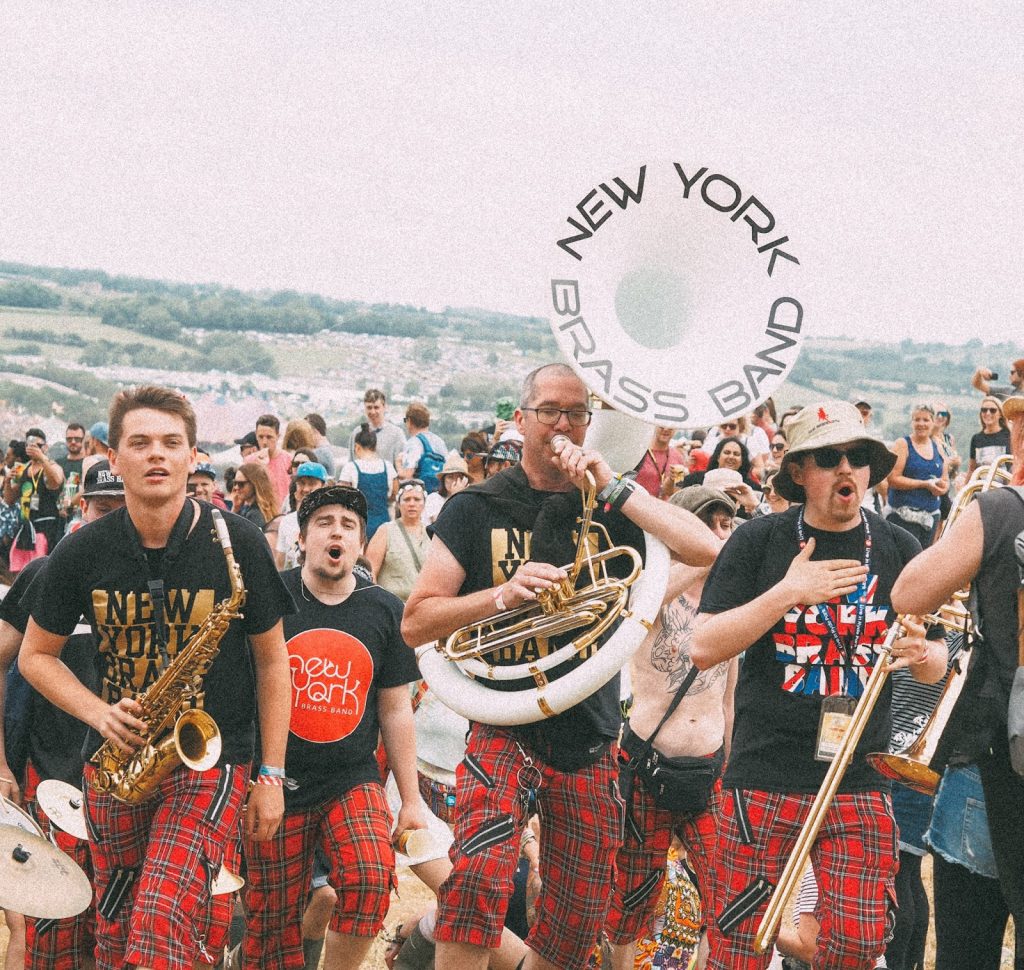 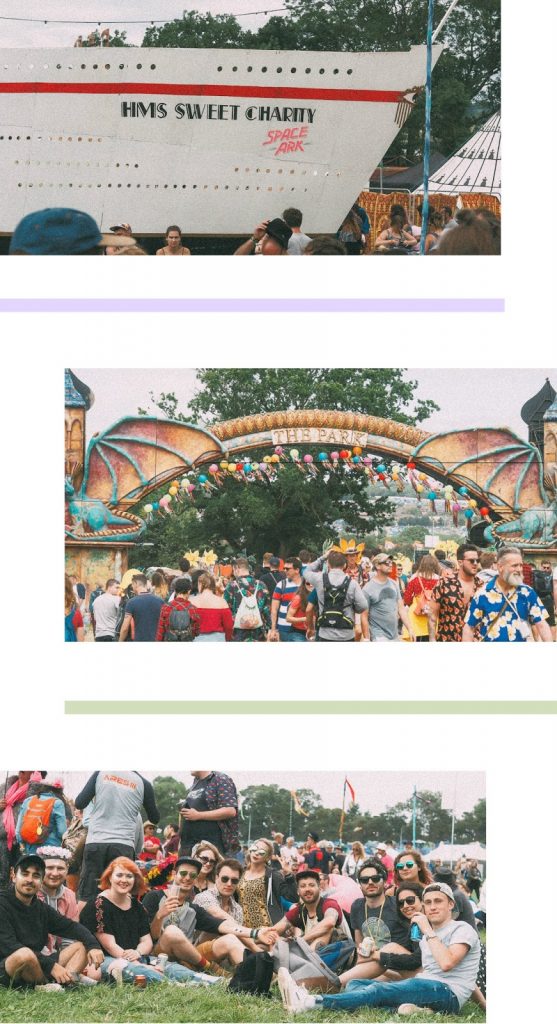 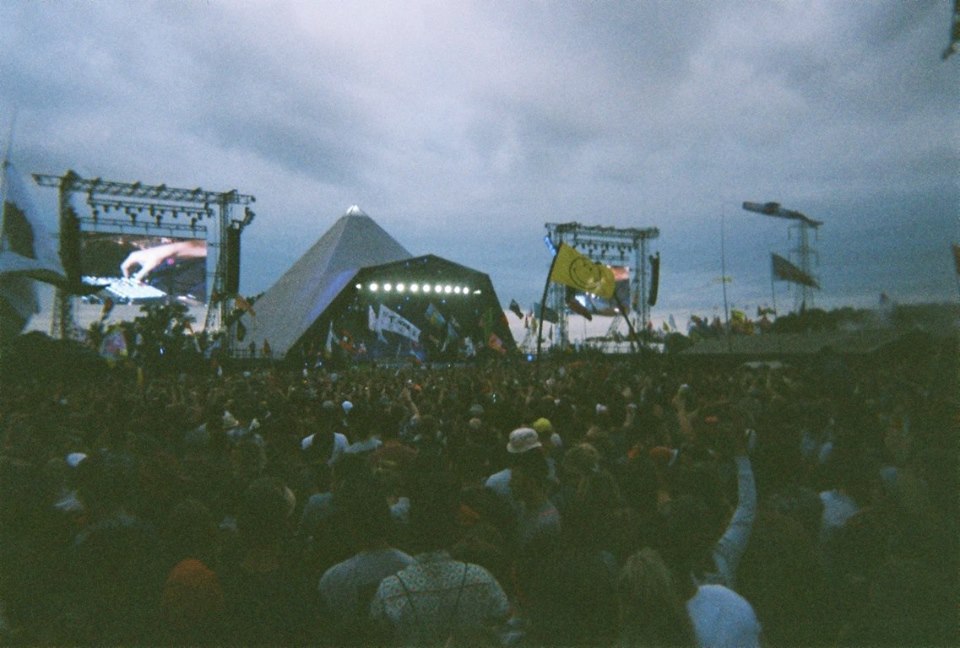 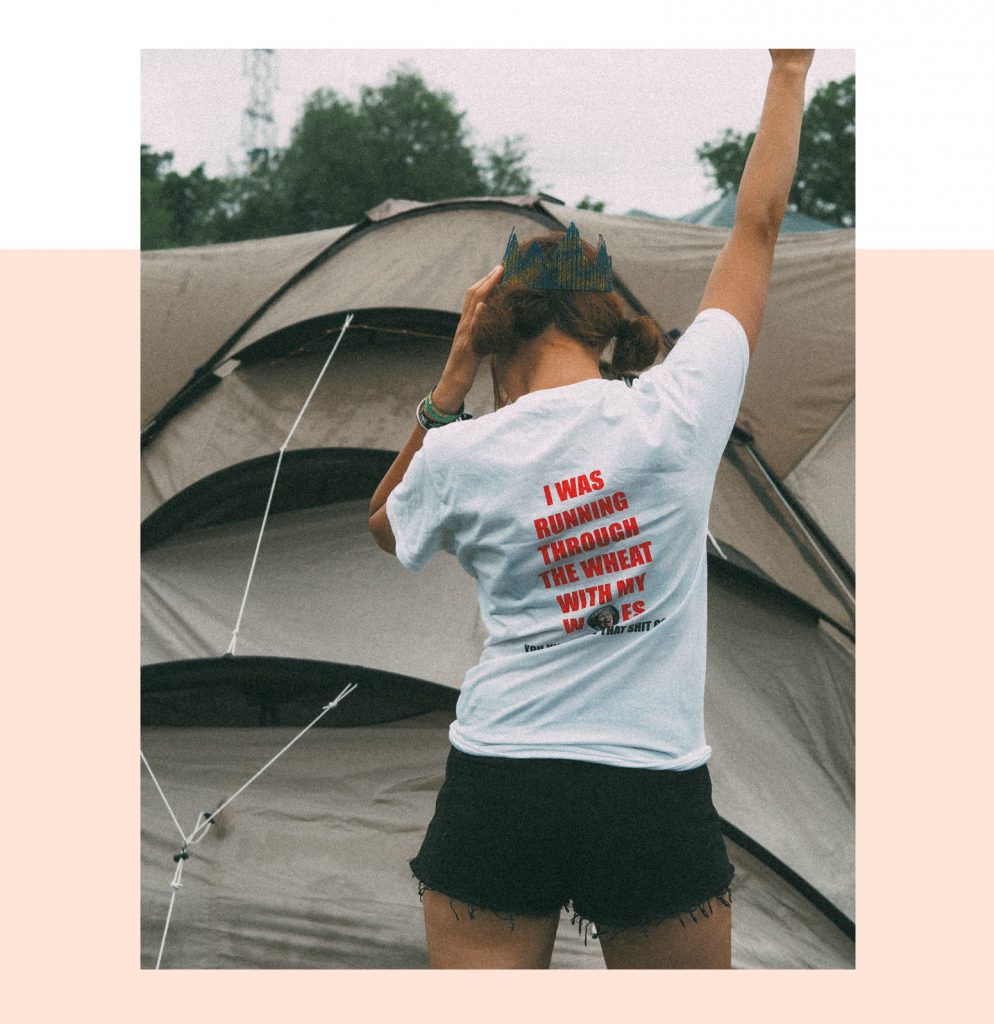 Previous Post: « 5 Things You Can Do During A Hard Day At Work
Next Post: FESTIVAL BEAUTY ESSENTIALS WHICH GOT ME THROUGH GLASTONBURY »

In the mood for greens 🥬🥒

Looking forward to wearing all the citrus colours

Winter trips to the park 🍂

Snug as a bug in a fleece lined rug 🐞 @mango