September 13, 2017Eating & Drinking, Home & Living, Review
The nights are slowly drawing in and suddenly I no longer find myself leaving the house without taking a jacket with me. Also there’s suddenly an influx of gripping British TV dramas – so it’s safe to say. Autumn is here.

Along with the crisp chill in the air and sudden restocking of scarves and cardigans in my wardrobe comes the new scarcity of things to do. During the Summer there seems to be an abundance of activities, from trips to the beach to festivals and holidays it’s often filled with plentiful fun. However during the colder months it’s harder to drag yourself outside especially when the weather is often sulking with rain. Netflix and the sofa are often a far better option.

This A/W however I am setting myself a new challenge. To explore the very depths of Suffolk (where I live) for the quaintest, cutest quirkiest little food and drink joints. From cosy pubs to plant filled coffee shops, I want to find them all.

So to start off my foodie adventures I headed down to the neighbouring county of Essex to the press event of Andi Walkers Pop Up Restaurant last week. Not quite Suffolk but a good start to my new quest for local food and drink gems. 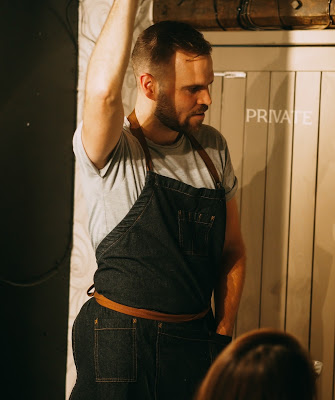 First off a little bit about the Andi Walker pop up Restaurant. Andi is a local chef from Harlow who competed all the way to the Semi finals in the 2016 Master Chef The Professionals. Inspired to start cooking by his Nan he began training at the ripe age of 16 and infused his love and experiences from travelling into the way he produced his food. After competing in Master Chef he took his passion and set up shop in Chelmsford’s delightful little Riverside Inn where he has created a pop up restaurant. Here Andi serves up local and seasonal produce from around the Essex area and adds his own special twists to create a unique tasting menu. Constantly changing it up when he can, Andi likes to create tasting menus which comprise of various experimental flavours made through a mix of traditional and contemporary cooking.

First to be served up the night was a little pre-dinner snack which consisted of Leek Bhaji, Artichoke drizzled with Mushroom ketchup and Pork Crackling seasoned with Thyme salt. Whenever I think of pork crackling I think of crunchy and tough to chew textures which although flavoursome are never in my mind a culinary delight. However this crackling melted in my mouth, I’ve never tasted anything like it! 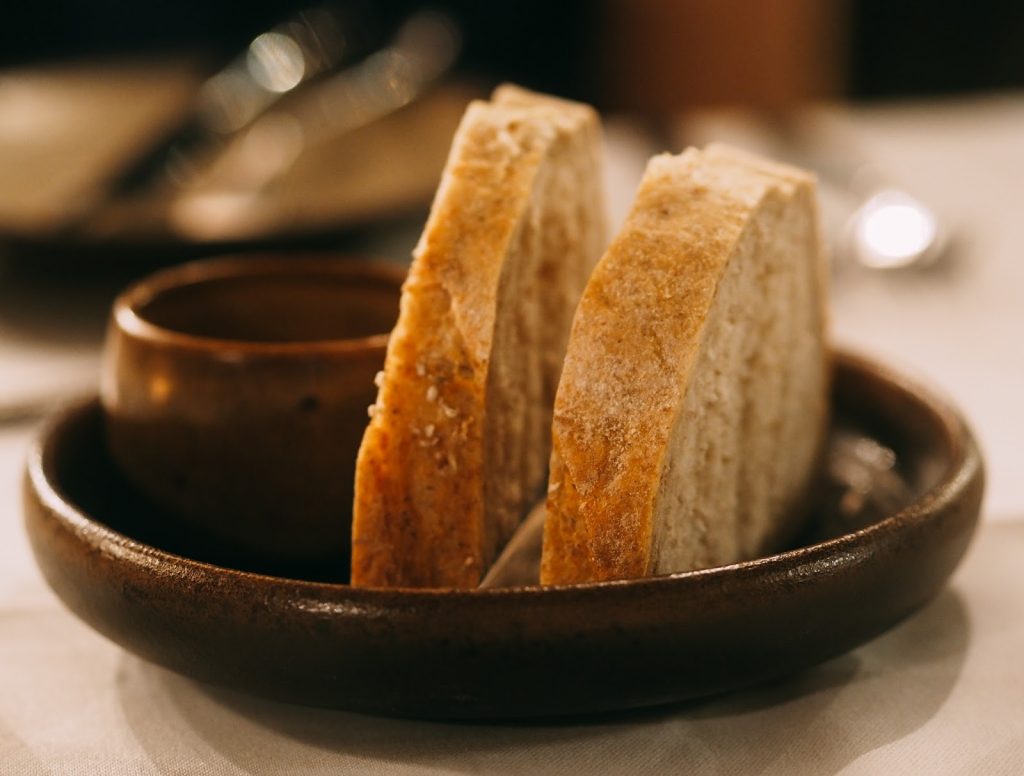 Next up was a little bread dish which I was very excited for as I am a big fan of all bread things. Pizza, pitta, naans you named it I love it. Andi served up beautifully home made sour dough bread with his own special Marmite butter which was lovely and creamy with just a subtle Marmite taste. These were just the snacks before we started the three main courses and I was already starting to feel full! I found myself thinking how I had never quite tasted food like this before and there was still so much yet to come.

was brought out by Andi himself who went on to explain the ingredients he had chosen to create the dish. The starter course was a huge array of flavours lying in a salt-baked Celeriac served alongside mustard, pickled onions and fresh apples. Not quite what you would imagine going well together but I can definitely vouch that it tasted scrummy. 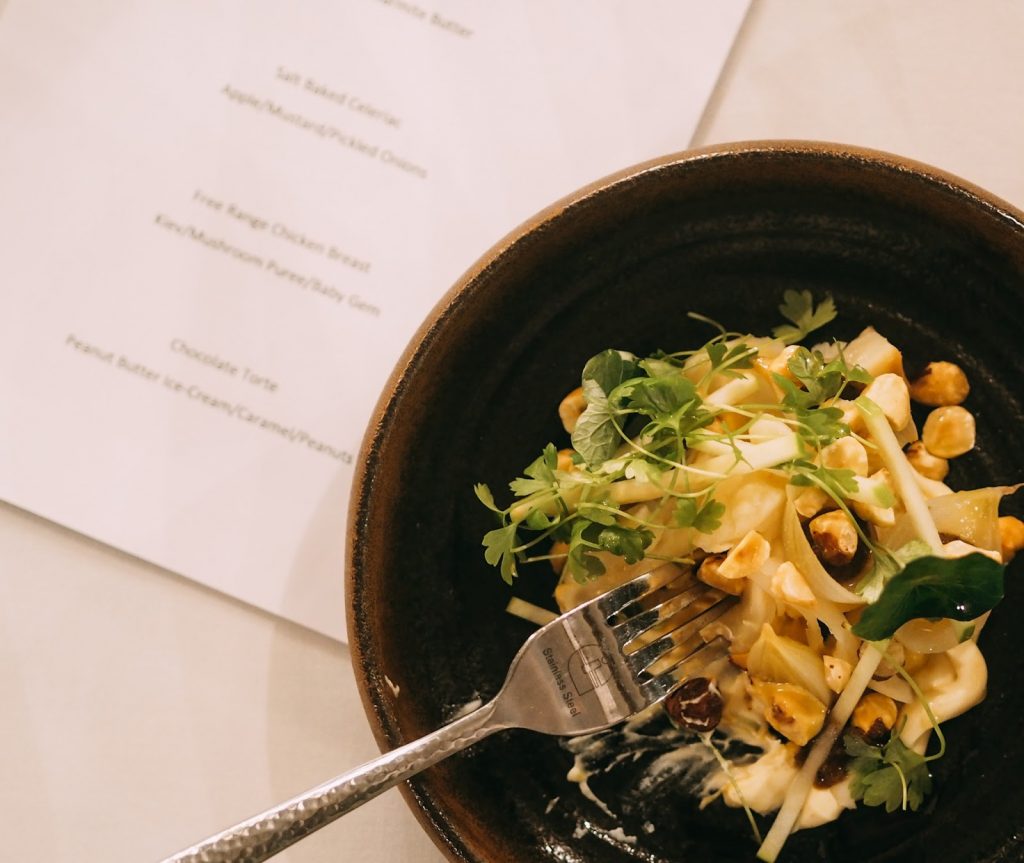 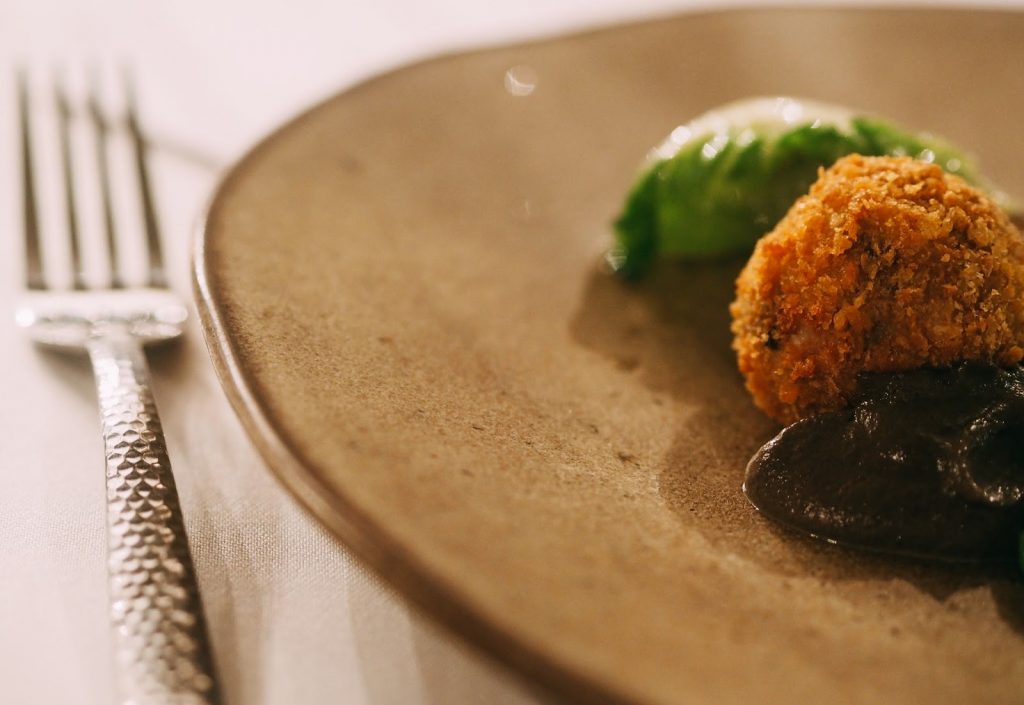 was then swiftly brought out to us which comprised of tender chicken breast which had been marinated in salt water overnight before being blow torched and then roasted. It was served alongside a mini Kiev of braised leg meat wrapped in a garlic butter case and breadcrumbs. Plus it was served with a side of mushroom puree and braised gem lettuce leaves.

Last but not least was of course the final dish of the night, the Dessert. This is where I had to be my awkward self and request a different dish to everyone else, because I annoyingly suffer from peanut allergies! So whilst everyone had a Chocolate delice served with caramelised peanuts and a peanut ice cream – I had something a tad different. Alongside my chocolate delice I had a delicious Raspberry sorbet which if I’m honest was an absolute result as Raspberries are my ultimate weakness, I can eat tub upon tub of them. 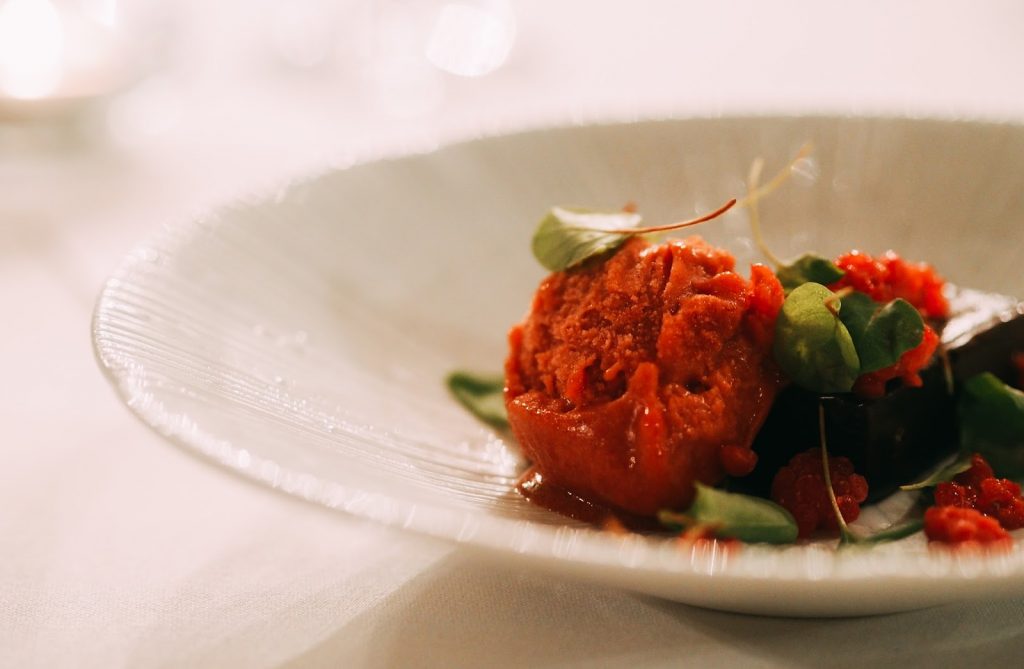 It was an absolute pleasure getting to attend Andi’s pop up restaurant and I thoroughly enjoyed the food, company and the whole night. Some of the ingredients Andi had put together are things that would never have crossed my mind to taste good together but he certainly showed me that there are no boundaries when it comes to creating great tastes! If you would like to visit the pop up restaurant in Chelmsford then you can check out the website here for more details!
Instagram | Twitter
Follow

Previous Post: « The Beauty Of Having An Online Support Network
Next Post: THE NEW BOURJOIS VELVET BULLET LIPSTICK COLLECTION »